Plastics, made of oil and gas, are being recycled less and less as stringent requirements on contamination mean more plastic is bound for the landfill.

Global Climate Change. These three words have a variety of meanings, depending on whom you ask. For many around the world, these three words are a hotbed of denial. As I’ve written in this past article The shocking evidence that Shell Oil knew it was causing global climate change all along, oil and gas companies have known about their own liability in causing GCC for decades. The exposure of this truth did not cause a global crisis of accountability.

Over the summer the apparent boldness of this industry exposed itself even more. One such example is how oil companies with refineries along the southern coast of Texas requested asistance from the government to protect themselves against shrinking shorelines and rising water levels. These changes to the land around the refineries that fill the landscape are a direct cause of the products these refineries themselves create.  In Colorado, the battle with oil and gas companies is exploding as citizens inniatives put safety regulations on the ballot once again in Propositon 112, a call to move community outside the dangerous evacauation zone of oil and gas wells, including those commonly known as Fracking wells.  These extractions bring oil and gas burries miles in the earth’s crust to the surface, where they will most commonly produce carbon and methane emmissions either by flaring or by combustion. that are causing a wide variety of climate events that produce greater damage to the environments we depend upon for life itself. 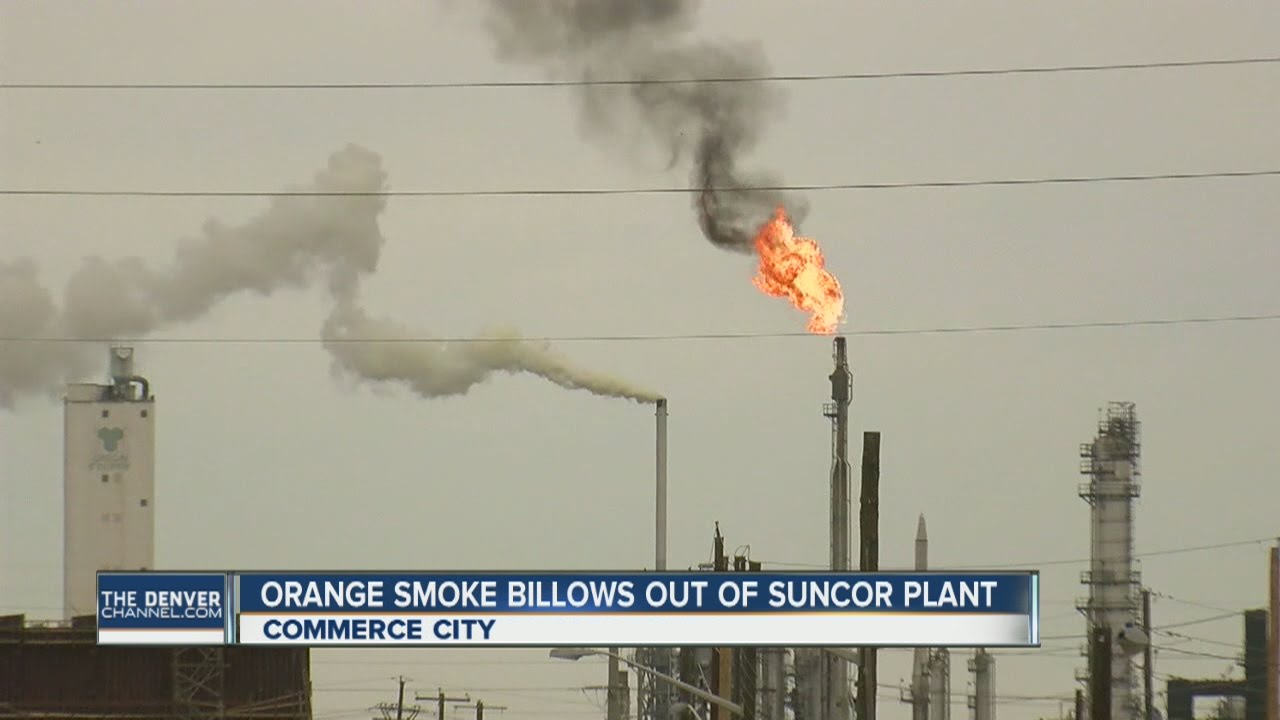 Flaring, a process of burning gas at refineries or fracking sites in some places; is a major contributor to global climate change. Photo The Denver Chanel.com

When we examine the issues being faced along shorelines globally we see this issue being examined and in many cases, being tackled aggressively.  Protecting global shorelines to mitigate the impacts of oceanic storms is growing more important. Ensuring natural environments like mangroves, sand bars, replanting and securing disappearing Coral reefs are all measures actively deployed. Unfortunately, even where these intentional measures are enacted, the global impacts are difficult to fight.   Most of us want to make intentional changes to help solve this problem, but  in reality underanding the HOW can be quite difficult.  Unfortunately, according to most scientists we have a limited time – just 12 years; to change our consumption systems to ensure that life as we know it will continue to survive on the only planet we know of to survive on.

The answer is to changing our consumption systems is complex and multi layered.  The most basic aspect is that our shift must come from several primary understandings.  The first is that globalization of all consumer goods is a process that is unhealthy.  Examples of this include the transport of disposable plastic food packaging and packaged water.  Per case of bottled water, roughly 2.5 quarts of oil are burned in the manufacture and transport to the store!  Items like plastic straws, silverware and food containers are made from extracted oil and gas products that are manufactured for single use, disposed in landfills and decompose into methane gas over hundreds of years.  The quantites of ‘single use plastic’ disposed of daily is nearly imposible to calculate.  In 2011 Be Straw Free was founded and soon determined that roughly 500 million straws are used daily in the United States.  While this calculation may not be 100% accurate, it paints a real foundation for understanding that the majority of straws, forks, disposable beverage and food packaging are all made of oil and gas.

Teaching effective waste disposal practices at ‘Civic Center Eats’; a lunchtime option in downtown Denver Colorado.  Due to a lack of consistent waste management standards, not one person knew how every part of their meal should be disposed.

Creating cultural shifts in the consumption of these so called ‘disposable plastics’ is one of the most urgent actions we can take in our communities.  Mandating that these type of items are made of plant based materials instead of oil based materials means that when they are disposed of they can be composted, or turned back into soil.  The practice of recycling cannot effectively occur with these type of materials for two primary reasons. The first is contamination.  In 2016, China changed the standards for acceptable contamination because in short, most cultures don’t examine the results of their waste effectively.  Contamination when it comes to plastic packaging, is anything that is not plastic.  Most commonly this will be food contamination like yogurt, peanut butter, whipped cream, grease or fats.  Waste Management, a national waste hauler in the United States says that the Chineese standards are ‘Nearly Impossible’ to meet.  Additionally the silverware, straws and plastic lids don’t process through the massive MRF (Municipal Recycling Facilities).  I’ve talked about bit about these facilites in a previous post, It’s all about the MRF.

The point being, plastics recycling isn’t effective and as I’ve covered time and time again, the planet is loaded with plastic pollution.  IT’s all oil and gas that’s polluting and killing our planet.  By switching to permenant long term goods that can be recycled at the end of their lifespan, we reduce the need for expanded oil extraction that destroys our planet.  Converting to plant based disposables is a process that must occur at cultural levels, where education and effective processing make these efforts effective.

In addition to reducing consumption, we must close the consumption loop in plastics that prevents it’s effective recycling.  Additional efforts include promoting local busineses to swithing to compostable materials when their intended use is one time.  Promote events that teach sustainable consumtion by doing things like having beverages made in 5 gallon jugs, carry water sourced from the tap, eat locally grown food, use mass transit or low carbon consuming transportation methods and help to formulate laws that design greater accountability on corporations who extract natural resources or produce goods that leave a negative foot print on the planet.

In Colorado, I spent the summer putting my money where my mouth is.  I worked on and help put the ballot inniative then known as Prop 97 on the 2018 Colorado State Ballot as Inniative 112.  This inniative would requrie that oil and gas wells have a safety zone buffering the industrial operations from habitated zones like neighborhoods, hospitals and schools.  I believe the scientific evidece that fracking wells leak methane gas, that water is sacred, that produced water is poisoined permentatly and corporations don’t have a history of doing right by society as my piece on Shell Gasoline knowing they were causing global climate change over two decades ago.  While I don’t have any children, I believe in leaving this world better than I found it.  I have found and written on how much this is the responsiblity of each and every one of us.  If you live in Colorado, I believe voting #YesOn112 is also part of that responsibility.

political analysis from a hopeful liberal

What's in a Brain

A blog about cognitive science and communication

waste not want not

a blog about trying to live with less

Learn where we shop and what we do to reduce waste

An Online Reader for the Permaculture Community

WAR AGAINST ALL PUERTO RICANS

Revolution and Terror in America’s Colony

Another Kind Of Grass

Life is Hot and Fun

This WordPress.com site is the bee's knees